Graceless, Book Four of Gift of Grace coming to Kickstarter in January 2022! 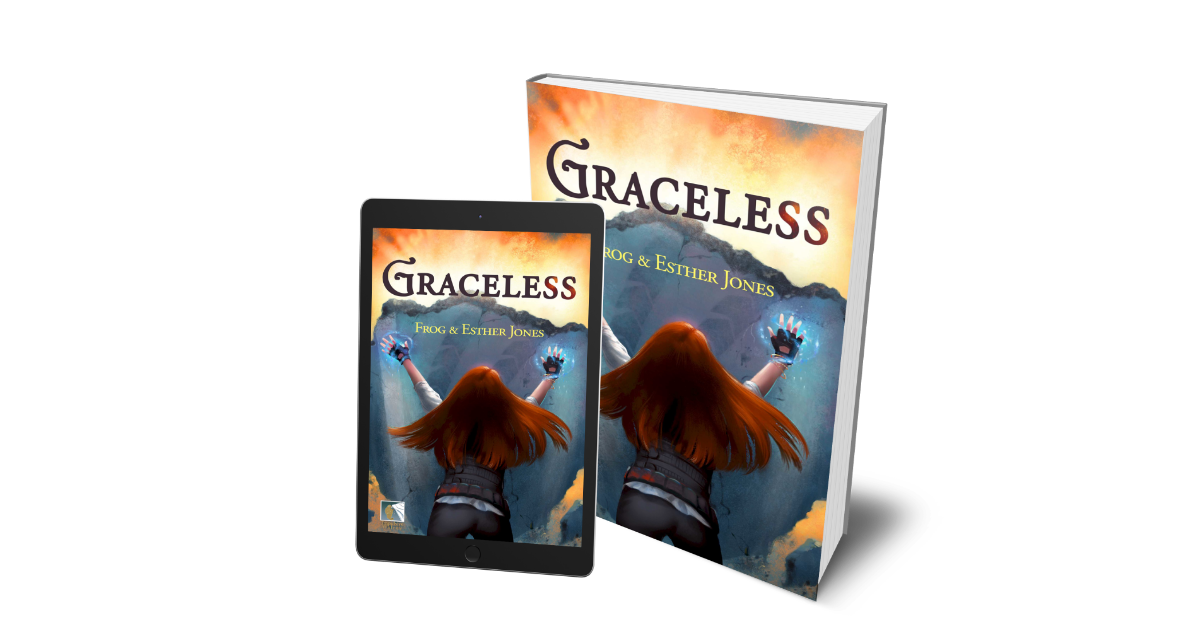 Hi everyone! Just here to announce that our latest Gift of Grace novel will be launching on Kickstarter in January of 2022! Please sign up to get notified when the campaign goes live! And if you haven’t picked up the first three books in the series, the Kickstarter is a great chance! We’re coming up with all kinds of backer perks and rewards to make it worth the wait. We even have a few exclusives that will only be available to backers during the campaign.

For a thousand years, I was a demon’s slave.

Two people saved me. Only one lived.

Robert sacrificed irreplaceable alliances to bring me to this world.

But the illegal magic that freed me triggered a huge outcry.

Now the demon has followed me here—and he’s fueling a massive war between mundane and magic that threatens to engulf the whole globe.

Does my life really balance all the death that’s followed?

Can I find the strength to grow into a strong protector instead of prey? Will I be able to fight the demon and win? How can Robert and I save a world driven to hate everything we are?

Get notified when the Kickstarter launches! Click the image or link below.

What is the Gift of Grace? Gift of Grace is an urban fantasy action adventure set in a world very like ours, where reality is constantly fraying and in danger of letting other realities or otherworldly spirits bleed in. The magic in Gift of Grace is entirely focused around summoning. You can move things, forces, or spirits from point A to point B. But you can’t create anything. You can’t get rid of it. You can only change its current location. And if you’re moving something between realities (known as Weaves) you have to exchange it with something else or you’ll create an imbalance that has its own set of catastrophic dangers. Which all leads to mundane authorities really hating all the chaos that follows summoners around. Unlike other urban fantasies where magic is hidden or unknown, in this world it’s known, acknowledged, hated, and outlawed. In response to that, summoners have created a crime syndicate known as Groves, and cops and other authorities are constantly hunting people suspected being in a Grove. That has only ramped up by book 4, and the tension between mundane authorities and magic has broken into outright witch hunts and war. Andrea and Robert must find a way to defeat a demon far more powerful than themselves while protecting a world determined to exterminate them.